August 08, 2021
As the countdown to the new season ticks away, Patrick Vieira’s revolution has ripped out large parts on an ageing squad and sithened off huge chunks of the wage bill. The additions of Michael Olise, Marc Guehi, Jaochim Andersen and Connor Gallagher have bolstered the squad for the upcoming campaign, with more additions seemingly on their way to Selhurst park. I am going to look into what these new signings will bring to the squad, and how that will translate into next seasons performances. In the few weeks since the appointment of Patrick Vieira, Palace have stopped at no expense to divert away from Roy Hodgson’s style of football, releasing the likes of Andros Townsend, Mammadou Sakho, Wayne Henessey and Gary Cahill, and replacing them with highly rated younger assests like those labelled above. Since promotion, Palace fans have had to watch what can only be described as anti-football, an acceptable method considering the quality of our squad, size of our transfer budget, and looming
Post a Comment
Read more

Changing of the guard - Too much, too soon? 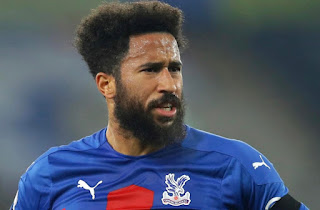 The news of Gary Cahill putting an end to his time with with the eagles has just hit, and with Andros Townsend joining Everton in recent days, it appears Palace are pulling no punches in their fight to overhaul the playing squad for the upcoming season. Only a few weeks ago, the contract situation of 10 senior players remained unclear, and the manager yet to be appointed. Since then, many decisions have been made, and the playing squad has changed drastically. With Vieira having been appointed as Roy Hodgson’s successor, it was clear from the outset that youth would be at the forefront of everything we set out to achieve. Whilst the idea of freshening up the squad with young, hungry and aggressive talent fills every fan with excitement, I believe we should tread lightly as we embark on this new chapter. In this post I will address the issues involved with this radical change, and share my personal opinion on the decisions being made at the moment. Wayne Hennessy, Andros Townsend, Dean
Post a Comment
Read more

5 Signings to save our summer... 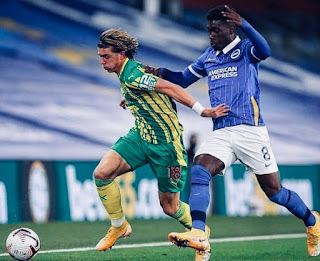 Crystal Palace are notorious for their lack of big money transfer windows. Free agents and loans normally dominate the in-comings with Benteke, Sakho and Eze being the exceptions of large expenditure. Erdal Rakip and Jaroslaw Jach have been the type of player we have been come to expect in previous windows. That is not to say that the likes of Vicente Guaita, Jack Butland and Gary Cahill haven't been an exceptional bit of business from the club. But with the contracts of several senior members drawing to a close, and the squad age creeping up to fatal levels, it is clear that serious investment is needed to bring the squad age down and to provide the team with creativity, energy and fight. In this post, I will be exploring just some of the names we have been linked with, who I personally would like to see come through the doors at Selhurst Park and the impact they could have on the team for the coming season. The Budget. The budget has been a very controversial and widely specula
4 comments
Read more 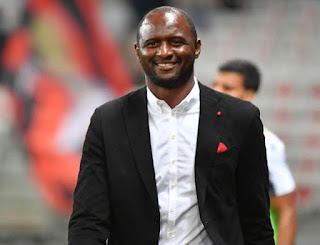 Patrick Vieira: I started this post with the sole intention of bashing the Board, Vieira and all the circus-like events that have occurred in recent weeks (according to our wonderful sporting media). However on writing this my opinion has changed drastically. I hope that whoever takes the time to read this will come away feeling something similar, please make sure to let me know what you think on my Twitter linked below.  Patrick Vieira looks set to take up the reigns as the next CPFC manager following Roy Hodgson's departure at the end of last season. Vieira's playing career was undoubtedly one that secures him a legend status both in this league and for his national team in France. However, his management career, albeit still in its infancy, is far less impressive. Before i get into both my pros and cons for this appointment, I would like to mention like all Palace fans, i will back whoever is appointed to the full, and should Vieira be appointed he should be granted time,
8 comments
Read more

July 01, 2021
Hi guys, I’m not even sure if anyone is going to read this but I’ll start off by saying what I’m doing here. I also want to go on record by saying I am completely new to this, and I apologise in advance for what I’m sure will be a rocky start. But without further ado let’s hop into what the hell I’m doing here. I’m a very passionate Crystal Palace fan, and am known as @CPFC_Curt on Twitter. It’s not uncommon for me to be short of things to say when it comes to my club and more often than not I tend to get emotional when talking about them, this normally end up in ranting and raving to my friends and family who are always desperate to escape. The truth is, I love talking about my club and whilst Twitter will remain my core platform, I wanted to share my thoughts through a different method which allows me to ramble whilst structuring my thoughts in a better way. With everything going on at the club at the moment, it is sometimes hard to find an article or a post that you strongly agree
2 comments
Read more